Powered by Create your own unique website with customizable templates.
﻿﻿﻿﻿﻿(re)Construction Manual is not intended to show a singular way of doing things. Its purpose is rather to be a compilation of techniques that an individual can use or adapt, accommodating an array of resources, situations and environments. The methods depicted in this website/book are basic building blocks that can be innovated and developed based on the needs of the local context.

Using the industrial city of Mariupol, Ukraine as a case study for cities which have recently been affected by war, this book looks to address the site-specific needs of that city with the intention that knowledge gained will be transferable to other post-conflict areas and anywhere else.

The methods depicted in this manual are not meant simply to provide ideas of how to reconstruct, the process itself is meant to be cathartic; by putting new life and energy into those materials produced from conflict and tragedy, out of necessity, the act of reconstruction will hopefully provide a therapeutic function. The very act of re-purposing all which has negatively affected the user (barbed wire, fences, scraps of old metal, and the ruins of old buildings) can be re-purposed so that those signifies of conflict are transformed into positive infrastructure. New constructions become a lasting reminder of shared experience as well as the resilience of those affected.

In addition to materials produced from conflict, many of the projects described in this book use materials which are natural or byproducts from human occupation. Common, easily accessible and repurposeable materials then become replacements for commercially available structures and devices, creating users which are more independent from resources which could become unavailable because of conflict or other factors. 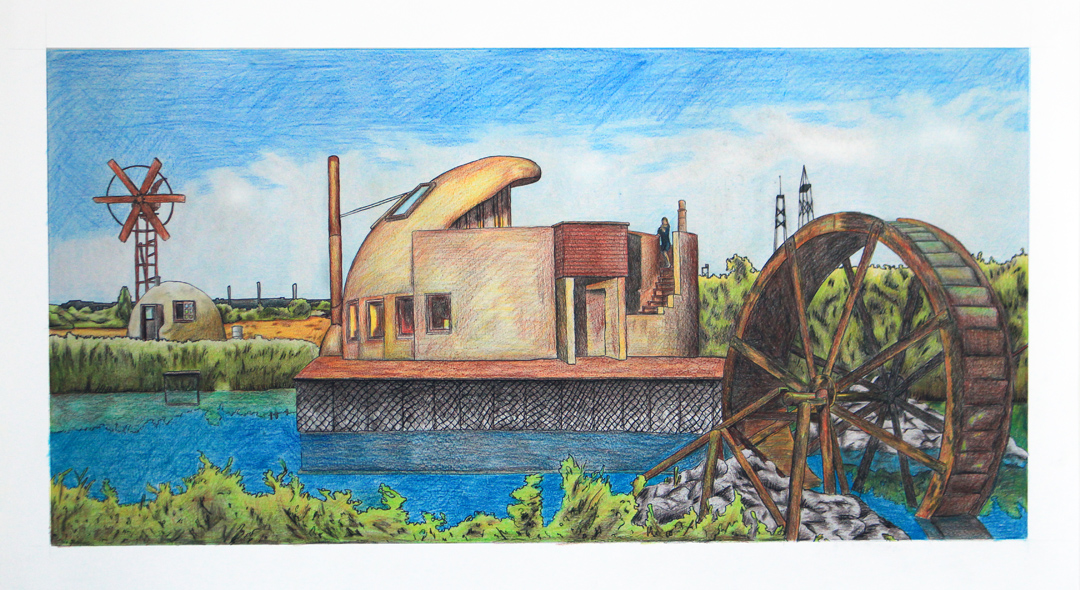